Born in the inner-Melbourne suburb of Richmond on 19 February 1892, Eileen Rosaline O’Connor was the eldest of four children of Irish parents, Charles and Annie O’Connor (nee Kilgallin).

Eileen suffered a crippling break in her spine at the age of three when she fell out of the family pram.

She lived her short life in constant nerve pain from what was later diagnosed as transverse myelitis and underwent countless operations with little success.

Eileen irregularly attended a Catholic primary school in Richmond and had restricted opportunity to develop friendships with children her own age. She instead turned to her family and strong Catholic faith for consolation.

With limited education and no formal theological formation, Eileen embodied a distinctive spirituality marked by an unwavering devotion to Our Lady and her own willingness to endure a lifetime of suffering.

The O’Connor family moved to Sydney when Eileen was aged 10 and she briefly attended Our Lady of Mount Carmel primary school in Waterloo, often carried to school by one of her family members.

Her family was left in dire financial circumstances following the death of her father, Charles in 1911.

The experience left Eileen with a deep empathy for those who had faced similar difficulties to her.

The O’Connors sought help from the priest of the Coogee parish, Fr Edward McGrath, a member of the Missionaries of the Sacred Heart.
Fr McGrath found accommodation for the family and was inspired by the courage with which Eileen faced her disability.
Around this time, Eileen experienced an apparition of the Blessed Virgin Mary, who encouraged her to accept her suffering for the good of others.
One of the very few people she told of the apparition was Fr McGrath, who also shared a deep devotion to Mary and a desire to establish a ministry of compassionate care for the sick poor in their own homes in her honour.

Formation of Our Lady’s Nurses for the Poor

On 15 April 1913, Our Lady’s Nurses for the Poor began its ministry in a rented house in Coogee, which soon became known as Our Lady’s Home. The fledging society would later serve as a convent for the new congregation with Eileen O’Connor as their first Leader, supervising and directing their work from her bed.

Around this time, Our Lady’s Nurses for the Poor were fortunate to secure important financial support from benefactors.

Such supporters included the long-time parish priest of Ryde, Fr Edward Gell and his sister Miss Frances Gell. During his 40 year term as parish priest, Fr Gell rebuilt the church of St Charles at Ryde and built new churches and parish schools at Eastwood, Epping, Gladesville, Marsfield and Meadowbank.

However the nurses still faced unexpected opposition from church authorities in the early years.

Father McGrath was ordered to end his involvement with Eileen O’Connor and Our Lady’s Nurses for the poor under threat of expulsion from his order. Eileen was threatened with excommunication if she proceeded with legal action for defamation by church authorities.

Eileen and Fr McGrath travelled to Rome in 1915 where Fr McGrath’s case was successfully appealed in the Vatican Congregation for Religious.

Granted an audience with Pope Benedict XV, Eileen spoke with the Holy Father about Our Lady’s Nurses for the Poor and their mission in Australia. Eileen influenced the decision to reinstate Edward McGrath as a Missionary of the Sacred Heart, but he could not return to Australia for close to 30 years.

Fr McGrath joined the British Army and served as a military chaplain during the First World War and was awarded a Military Cross, and recommended for the Victoria Cross, for repeated acts of gallantry under enemy fire.

Eileen O’Connor’s case against church authorities was quashed and after several months travelling in Europe and Britain, she returned to Australia.

A Little Mother for the Poor

The growth of the congregation was now very much in Eileen’s hands and she provided strong leadership and direction.

She earned the affectionate nickname, The Little Mother, reflecting her short stature since her childhood injury had halted her growth.

Eileen O’Connor died on 10 January 1921 of tubercular transverse myelitis (chronic tuberculosis) of the spine and exhaustion. She was aged 28.

In December 1936, 16 years after her death, Eileen’s coffin was moved from Randwick Cemetery to the chapel at Our Lady’s Home in Coogee. At the time, her body was found to be incorrupt. It has not been verified since. Born in the inner-Melbourne suburb of Richmond on 19 February 1892, Eileen Rosaline O’Connor was the eldest of four children of Irish parents, Charles and Annie O’Connor Fr Edward McGrath, the parish priest of St Brigid’s Coogee, helped the O’Connors after the death of Eileen’s father and supported Eileen’s vocation Eileen earned the affectionate nickname, The Little Mother, as she provided strong leadership and direction for Our Lady’s Nurses for the Poor On 15 April 1913, Our Lady’s Nurses for the Poor began its ministry in a rented house in Coogee, which soon became known as Our Lady’s Home Eileen O’Connor died on 10 January 1921 of chronic tuberculosis of the spine and exhaustion. She was aged 28.

On The Road To Sainthood Eileen O’Connor has long been considered ‘a saint in waiting’. But she has now taken a few official steps down the path towards becoming Australia’s second saint, following the canonisation of Mary MacKillop in 2010.

On 21 March 2018, the Archbishop of Sydney, Most Rev. Anthony Fisher OP appointed the Rome-based priest, Fr Anthony Robbie as the postulator for the cause for the canonisation of Eileen O’Connor.

On 19 August 2018, the Vatican granted her the title Servant of God, a key step towards her becoming a saint.

Fr Robbie is responsible for guiding the cause for beatification or canonisation through the Church’s rigorous processes for recognising a person as a saint.

On 10 October 2019, Archbishop Anthony Fisher OP, issued an edict calling on Sydney Catholics to submit testimony to support the Cause of Beatification and Canonisation of Servant of God, Eileen O’Connor.

On 20 February 2020, more than 1000 people flocked to St Mary’s Cathedral for a Mass to formally open the cause for Eileen’s canonisation.

How close is Eileen O’Connor to becoming a saint?

She has already become a Servant of God in August 2018, which is the first step towards her becoming a saint.

Her virtue and holiness have been recognised by the Holy See and her cause for canonisation has been opened by the Vatican’s Congregation for the Causes of Saints.

Once evidence is received, it will then be collated and presented to the Vatican’s Congregation for the Causes of Saints by the postulator, Fr Anthony Robbie. Following that, the Congregation could recommend to the Pope that Eileen be proclaimed Venerable.

At the subsequent stage, Beatification, there would need to be evidence of a miracle through the intercession of Eileen O’Connor, for her to be declared “Blessed”.

At the final stage of canonisation, there would need to be evidence of two miracles after Eileen’s death for her to be declared a Saint.

Commission established for the Cause of Eileen O’Connor

At the Mass to formally open the cause of beatification and canonisation of Eileen O’Connor on 20 February 2020, four Sydney-based delegates were appointed by Archbishop Fisher to prepare all the material relating to Eileen’s life and reputation for the consideration of experts in Rome. 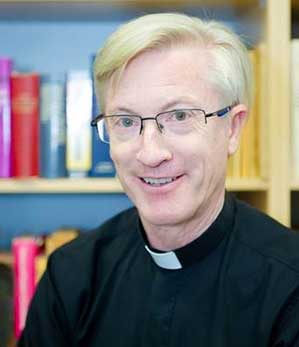 Fr Julian WellspringCommission Chair
Fr Julian Wellspring is a priest of the Archdiocese of Canberra and Goulburn who holds a doctorate in Church law from the Pontifical Gregorian University in Rome and has worked as a canonical consultant to a variety of dioceses, Church groups and Bishops in Australia over the past 20 years. In 2017 he was appointed Judicial Vicar for the Interdiocesan Tribunal of Sydney serving the dioceses of NSW and the ACT. He is also currently in charge of the Tribunal office for the Archdiocese of Sydney and member of the Senate for the Catholic Institute of Sydney. 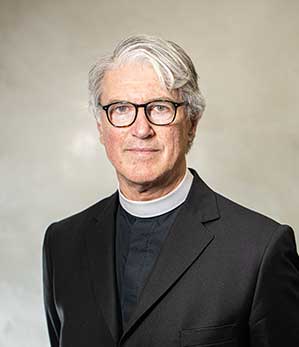 Fr Richard Waddell JCLCommission Member
The Reverend Richard Waddell, JCL is a Defender of the Bond for the Interdiocesan Tribunal of Sydney. He was born and educated in Sydney and studied theology at Trinity College, Melbourne, and was ordained to the ministry of the Anglican Church in 1983. Between 1991 and 2013, he worked as a lawyer in Melbourne. In 2013, he was ordained a Catholic priest and completed a Licence in Canon Law at the Gregorian University in Rome. Since returning to Sydney in 2016, he has served in the parishes of Five Dock and Newtown. In 2020, he was appointed Administrator of the Parishes of Balmain and Rozelle. 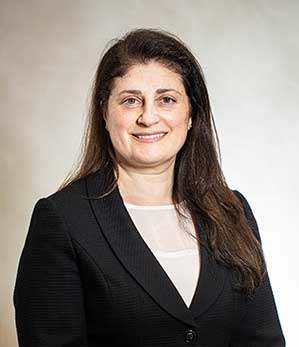 Mrs Jenny MaloofNotary
Mrs Jenny Maloof was born and educated in Sydney. She has a Master’s in Business Administration and is a Fellow of the Institute of Public Accountants. Having worked in the financial, accounting software and health sectors, she has over 25 years of experience in Financial and Management accounting, compliance auditing, implementation of accounting systems and project management. On 20 February 2020, Jenny was appointed Notary in the Diocesan Inquiry into the Cause for Canonisation of the Servant of God Eileen O’Connor. As Notary, she is responsible for certifying the documentation on Eileen’s cause which is submitted to the Congregation for the Causes of Saints in Rome. 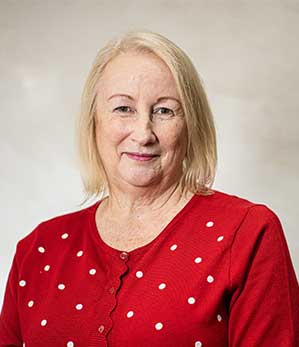 Mrs Maureen FairbairnNotary
Maureen is the Executive Assistant to the Vicar General and Chancellor (Catholic Archdiocese of Sydney), a role she has held for 13 years. Maureen is also a Notary of the Archdiocese. Prior to that Maureen worked for the Wagga Wagga Presentation Sisters for 12 years. On 31 January 2020 Maureen was appointed an Assistant Notary of the Cause for the Beatification and Canonisation of the Servant of God Eileen O’Connor.

What is the role of the postulator?

The postulator is responsible for thoroughly investigating the life of the candidate for beatification and is also responsible for administering funds collected for the cause. Postulators must be experts in theology, canon law and history.

At the initial stage of the process, the postulator must present a biography of the candidate to the bishop of the diocese highlighting how their heroic virtues justify beatification.

The postulator must also present authentic copies of all the candidate’s writings and in recent cases, a list of those persons who can help highlight the truth about the virtues and about his/her reputation of sanctity or of signs, including miracles.

The bishop then decides whether to accept the petition and if accepted, the cause must be discussed with the bishops of neighbouring dioceses and publicised so that anyone with relevant information might come forward and make it known.

Once the way is clear for the cause to proceed, the bishop will commence the diocesan inquiry stage of the process, which is divided into two separate areas of investigation; the inquiry into heroic virtues and the inquiry into “signs” or miracles, normally medical in nature, that are attributed to the intercession of the candidate.

The postulator identifies relevant witnesses, but is not allowed to testify while serving as postulator. When the bishop or his delegate has completed these inquiries, the postulator has the right to examine the official record and add to it as he needs to.

The transcript of the inquiry with all relevant documentation is then sent to the Congregation for the Causes of Saints which is responsible for the final decision. 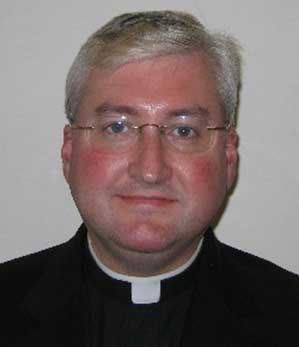 Fr Anthony RobbiePostulator
Fr. Anthony Robbie, a priest of the Archdiocese of Sydney was appointed Postulator of the Cause of Canonisation of Eileen O’Connor in 2018 by Archbishop Fisher. Fr Robbie has degrees in law, history and theology and has lectured widely throughout the Archdiocese and beyond on many areas of Church teaching and culture. He has worked in a number of ministries in Australia and Rome. As Postulator his duty is to promote the Cause and present the evidence to the Roman authorities for the heroic virtues of the Servant of God Eileen.
Page load link
Go to Top